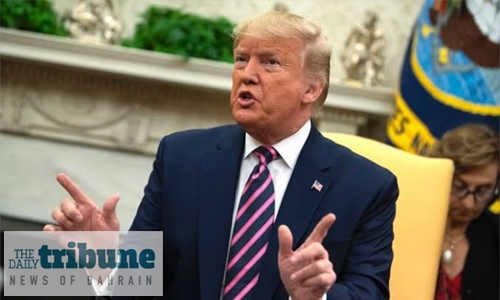 The US House Judiciary Committee has approved two impeachment charges against President Donald Trump, moving the process towards a full House vote.

The articles, backed by Democrats and opposed by Republicans, are expected to be voted on by the Democrat-controlled House of Representatives next week. Mr Trump is the fourth US president in history to face impeachment. Speaking to reporters at the White House, he again dismissed the process as a “sham” and a “hoax”.

Friday’s hearing lasted just over ten minutes before the two articles of impeachment - abuse of power and obstructing Congress - were passed by 23 votes to 17.

The vote had been expected on Thursday but was delayed after more than 14 hours of rancorous debate. Republicans criticised that decision by Democratic Party Chairman Jerry Nadler, accusing him of pushing back the vote to ensure more TV coverage.