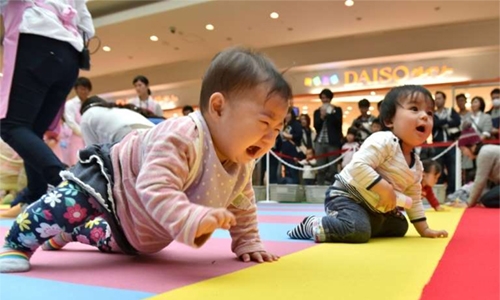 A Canadian father who alleges he was bullied and fired by his Japanese employer after he tried to claim paternity leave appeared in a Tokyo court Wednesday to pursue his lawsuit against the firm. It is the second paternity leave harassment case to be heard in Japan in recent weeks, casting a rare spotlight on the issue in a country struggling with one of the world’s lowest birth rates.

Glen Wood, 49, a resident of Japan for three decades, was working at brokerage house Mitsubishi UFJ Morgan Stanley Securities when his son was born prematurely in October 2015. Wood says he applied for paternity leave before his son was born in Nepal, where his partner was working, seeking to exercise a right guaranteed by Japanese law. But, he says, the firm dragged its feet, and he even submitted a DNA test to prove his relation to his son.

“I knew it was a sort of old fashioned thinking type of company but I was still very surprised, even when it was an emergency and my son was in the ICU (intensive care unit), that they wouldn’t let me take paternity leave,” he said before the hearing Wednesday. “I think it was viewed really as an act of treason for a man to take paternity leave,” he added. It was not until Christmas Day 2015 that he received approval to take leave and see his son.