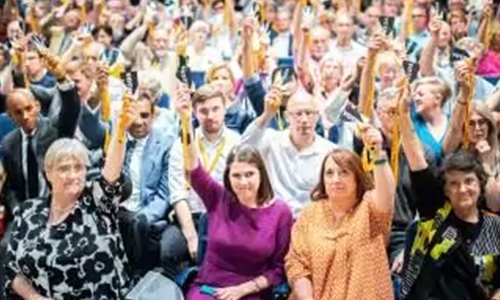 The Liberal Democrats have pledged to cancel Brexit if they come to power at the next general election. Members voted for the new policy at their party conference in Bournemouth by an overwhelming majority. Previously, the party has backed another referendum or “People’s Vote”, saying they would campaign to Remain.

After the vote, their leader Jo Swinson, said: “We will do all we can to fight for our place in Europe, and to stop Brexit altogether.” The commitment only comes into force if the party wins the election as a majority government. Ms Swinson also confirmed that before an election is called, the Lib Dems would continue to work with other opposition parties to campaign for a further referendum, and to prevent a “dangerous” no-deal Brexit.

In his first speech at conference as a Lib Dem MP, Chuka Umunna - who left Labour over its Brexit stance - said it would give the party a “clear, unequivocal position”. He said: “This policy will stop this national embarrassment and enable us to focus on the things that really matter.”

But former Lib Dem MP Simon Hughes had called on members to reject the policy, saying it would “take the focus away” from getting another referendum.