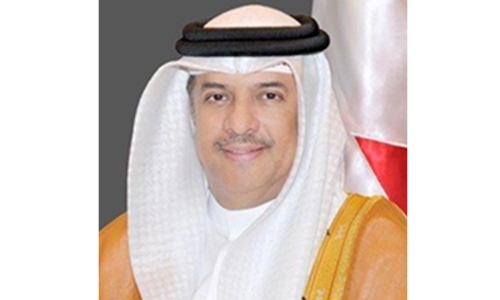 Assistant Minister of Foreign Affairs Abdulla Al Dossari hailed Bahrain’s pioneering democratic and human rights achievements since the launch of the reform and civilisational project of His Majesty King Hamad bin Isa Al Khalifa. He referred to the National Action Charter (NAC) endorsed in 2001 by 98.4 per cent of the citizens to establish the rule of law and institutions on the foundations of transparency under a modern constitutional monarchy.

The assistant minister expressed his pride that the Kingdom of Bahrain has joined the civilised world to celebrate the International Day of Democracy on September 15, marked this year under the theme of “Participation, in implementation of the UN General Assembly’s September 2007 resolution. He commended the success of the Bahraini model of democratic transformation with free national will, and an unparalleled popular consensus on the policies of good governance within the framework of the separation of the three legislative, executive and judicial authorities, and cooperation in accordance with the Constitution.

The assistant minister stressed the Kingdom of Bahrain’s distinguished constitutional and legal mechanisms guaranteeing popular participation in public affairs by the citizens, men and women, and their right to exercise of full political rights, including the right to vote and candidature, in accordance with the Constitution and NAC. He noted that this comes within the framework of a protective and supportive system of political, economic, cultural and social rights and freedoms, including freedom of opinion and expression, the freedom of the press, media and religious freedoms.

He also cited the people’s right to establish, form and join civil and political associations and trade unions, within the framework of equity and equal opportunities for all without discrimination based on sex, race, religion, origin or belief. He highlighted that the while the parliament is in its fifth legislative term, political reforms have continued since 2002 through a forty memberHouse of Representatives, free and fair parliamentary elections and full judicial supervision, noting  the high popular participation which reached over 67 per cent in 2018.

He added that members with expertise and high competence were appointed to the Shura Council, in order for the parliament to be able to represent the entire nation and let citizens exercise their powers, enact legislation and oversee the work of the executive authority.