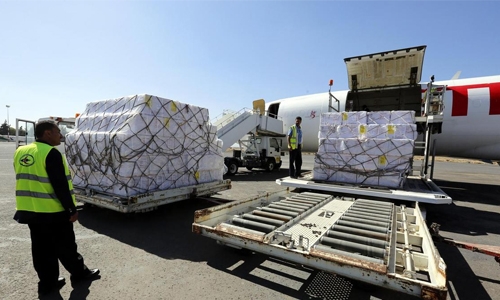 Ambassadors of Saudi Arabia, the United Arab Emirates, Egypt and Yemen to the United Nations and other international organisations held a meeting yesterday in Geneva with the President of the International Committee of the Red Cross (ICRC) Peter Maurer.

During the meeting, they discussed the humanitarian efforts and relief work in Yemen and raised the violations being committed by the Houthi terrorist militias against the Yemeni people.

According to the Office for the Coordination of Humanitarian Affairs, the “severity of needs is deepening”, with the number of people in acute need, a staggering 27 per cent higher than last year, when it was already the most acute crisis on the globe.

A recent report on Yemen shows that 14.3 million people are classified as being in acute need, with around 3.2 million requiring treatment for acute malnutrition.

French push to save deal