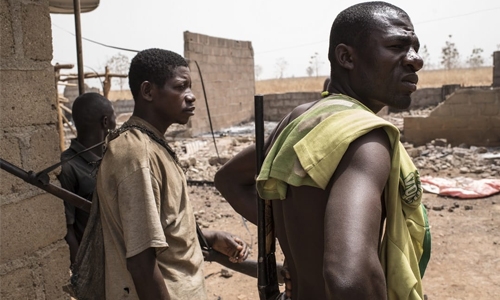 Gunmen on motorbikes killed 43 people in waves of attacks in northern Nigeria, police said yesterday, the latest violence by criminal gangs raiding villages and stealing livestock. The string of attacks, carried out overnight Saturday to Sunday in Nigeria’s far northwestern Sokoto state, saw the gangs ride out from forest hideouts, speeding into villages and unleashing their weapons.

“Several domestic animals were rustled by the attackers.” Four people were arrested in connection to those attacks, Kaoje said, “including a female informant of the gangs, who was disguised as a mad woman.” In a separate wave of attacks in Satiru village, in Sokoto’s Isa district, the raiders shot 18 people, and then stole animals.