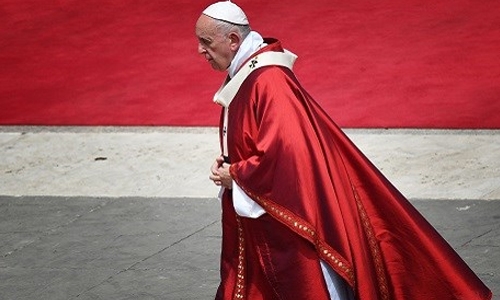 Pope Francis said yesterday he wants to visit Iraq as early as next year in spite of the security conditions. “An insistent thought accompanies me when I think about Iraq, where I want to go next year, so that it can look to the future through peaceful and shared participation in the construction of the common good,” Francis told a Vatican audience.

The pope voiced hope that Iraq “does not return to the tensions which come from the never-ending conflicts between regional powers.” Iraq has been a battleground for competing forces, including the jihadist Islamic State group, since the US-led ouster of president Saddam Hussein in 2003.

Vatican number two Cardinal Pietro Parolin warned in January that a papal trip to Iraq imposed a “minimum of conditions” that “are not currently met”. Discussing terrorism, the Vatican secretary of state said the Iraqi authorities confirmed that “the roots of this phenomenon are still present”. Francis has made boosting ties between Christianity and Islam a cornerstone of his papacy. He has this year visited Abu Dhabi in the United Arab Emirates and Morocco.