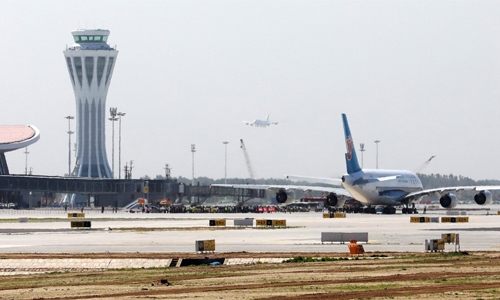 Chinese airlines conducted test flights on Monday at a new mega-airport in Beijing that is set to become one of the world’s busiest after it opens later this year. The tests at Daxing International Airport -- which will have eight runways -- involved four wide-body planes, including an Airbus A380 super-jumbo, according to the official Xinhua news agency.

Images from state broadcaster CCTV showed large planes from Air China and other Chinese regional carriers landing and taxiing on the airport’s runways. The flights were meant to test the airport’s general support capacity, CCTV said, with further trials scheduled for August and September.

The airport is set to be operational by September 30, Xinhua reported. Aimed at easing the passenger load of Beijing’s other two airports, Daxing will operate at full capacity by 2025 and is expected to transport 72 million passengers annually