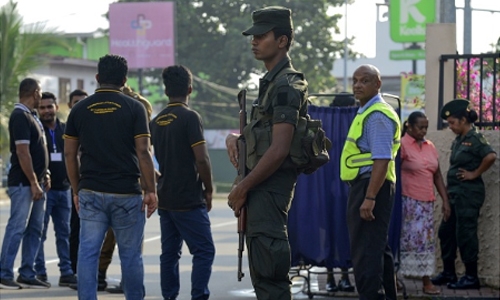 Sri Lankan troops in a northern town fired shots into the air and police imposed a curfew Sunday after mobs attacked a mosque, in renewed religion tensions in the wake of the Easter terror attacks. Police spokesman Ruwan Gunasekera said that the mobs in Chilaw, 80 kilometres (50 miles) north of the capital Colombo, also attacked Muslim-owned businesses.

The violence erupted in Chilaw, a Catholic-majority town, after a resident misunderstood a Facebook post as a threat against Christians. Gunasekera said said the curfew would be lifted at dawn today. The latest unrest came as Catholic churches resumed their public Sunday masses for the first time after the April 21 bombings at three churches and three luxury hotels left 258 people dead.

The attacks were blamed on a local group which had pledged an oath of allegiance to Abu Bakr al-Baghdadi, the leader of the Islamic State group.