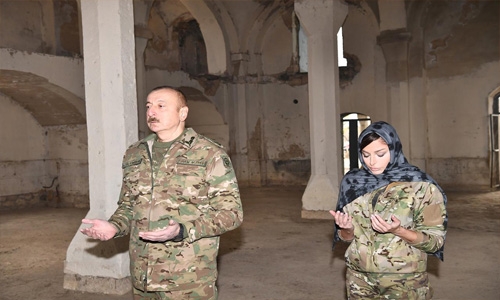 After 44 days the Republic of Azerbaijan triumphed the war against Armenia which intentionally started cross border heavy shelling and bombardments on various civil population and installations. Armenia, Azerbaijan and Russia have signed an agreement on November 10 to end fierce fighting in Nagorno-Karabakh.

The aggressor Armenia’s military preparedness proved insufficient, demotivated and demoralizing that day after day it confronted with retreat and defeat. During this war faith superseded nationalism, harmony conquered horrendous crimes and last but not least, nationalism defeated regional and global terrorist franchises of Armenia.

Fall of strategic city of Shusha proved to be terminal for Armenia which decided to sign a deal with Azerbaijan along with Russia and Turkey as peacekeepers to be deployed on the frontlines to make 4th truce effective and meaningful. Illegally occupied Armenia has been notorious for genocide activities against peaceful people of Azerbaijan for centuries. The attackers have been disturbing geographic equation and social propositions of illegally occupied areas through holding of fake elections and referendums which ultimately proved inadequate to settle the Nagorno-Karabakh.

During all these painful years, Azerbaijani leadership has been advocating a just solution for Nagorno-Karabakh in accordance with the various resolutions (884 adopted unanimously on 12 November 1993, after reaffirming resolutions 822 (1993), 853 (1993) and 874 (1993), of the United Nation Security Council clearly rejected illegal occupation of Armenia and demanded de-occupation of the same. But unfortunately complex and complicated regional and international power dynamics could not resolve the issue which has been swinging between frozen and nationalist pendulum for the last 29 years. Now Azerbaijan ousted Armenia from its regions in which after the signing of deal, houses are being burnt and public installations are under fire by leaving Armenians.

Recent clashes in the Nagorno-Karabakh started on 27 September. The Azerbaijani army decided to respond to several Armenian provocations and consequently started its offensive peace enforcement operation. Azerbaijan military/war drones initially softened Armenian targets and paved an easy landing of ground troops into the battlefield. It also preserved its armed forces and created a huge loss to Armenian forces. On the contrary,

Armenia followed human shield policy to match with Azerbaijan’s superior drone war. Armenia adopted an anti-human strategy consisting of spreading hostilities beyond the occupied region of Nagorno-Karabakh to other Azerbaijani territories. While the Azerbaijani Army was successfully de-occupying major parts of Nagorno-Karabakh, Armenian forces wasted its time and resources by using Soviet-made short and mid-range missiles to hit Azerbaijani towns such as Ganja, Tartar and Barda.

It was deliberate and the main aim was to inflict massive civilian losses and raise the political and economic cost for Baku. According to Azerbaijan figures 4-5 big cities, one major settlement, one strategic mountain and 300 villages have been liberated from Armenian forces since September 27, 2020.

Armenia did not even care about strategic energy facilities, such as Mingachevir HPP and Baku-Tbilisi-Ceyhan pipeline and bombarded both. It demonstrated the Armenian frustration and ill designs to undermine the energy security and infrastructure of the entire region. Moreover, the targeting of civil population of Azerbaijan and infrastructure was planned to try and draw Baku into attacking Armenia directly. Such a reaction would boost Yerevan’s propaganda and would offer Armenia a legitimate case to call the CSTO to send its troops to Armenia.

Azerbaijan restrained from it and responded Armenia in the battlefield. Not a single civilian Armenian killed during 6 weeks long war. Not a single school, house, hospital or educational center was put under fire from Azerbaijan which showed its international commitment having superior human values.

At the same time villagers from outside Nagorno-Karabakh – Kalbajar, Lachin and Agdam districts – set their homes and forests on fire, kill their cattle, cut down trees and power lines in order to destroy infrastructure before fleeing to Armenia ahead of a deadline that will see territories handed over to Azerbaijan as part of a peace agreement.

Residents of those districts in Azerbaijan, which have been controlled by Armenian separatists for decades, began a mass exodus after it was announced that Azerbaijan would regain control.

According to the peace deal Armenia as a defeated country will also guarantee transport from mainland Azerbaijan to Nakhchivan exclave (Nakhchivan-Azerbaijan transportation will be unblocked, the link will be controlled by Russia). Russian peacekeepers will monitor frontline (Russian peacekeepers will be in Lachin corridor for 5 years). Turkish peacekeepers will also join Russian to monitor frontline. Internally displaced persons and refugees will return to Nagorno-Karabakh and the surrounding regions under the control of the UN Refugee Agency. Last but not least, prisoners and bodies will be swapped. All in all, this is a big victory for Azerbaijan. It will certainly be written in golden letters in the history of the country.

Liberation of Nagorno-Karabakh has now become reality in which Armenians are on flee which once again shows that nationalism does not have any place in the world. Coexistence and concept of shared prosperity is the way forward. It is indeed a wake-up call for all the supporters of ethnic cleansing that humanity may be the only bench-mark for regional cooperation and horrendous crimes and conspiracies are always short-lived.

(The author is Shahin Abdullayev, Azerbaijan’s ambassador to Saudi Arabia) 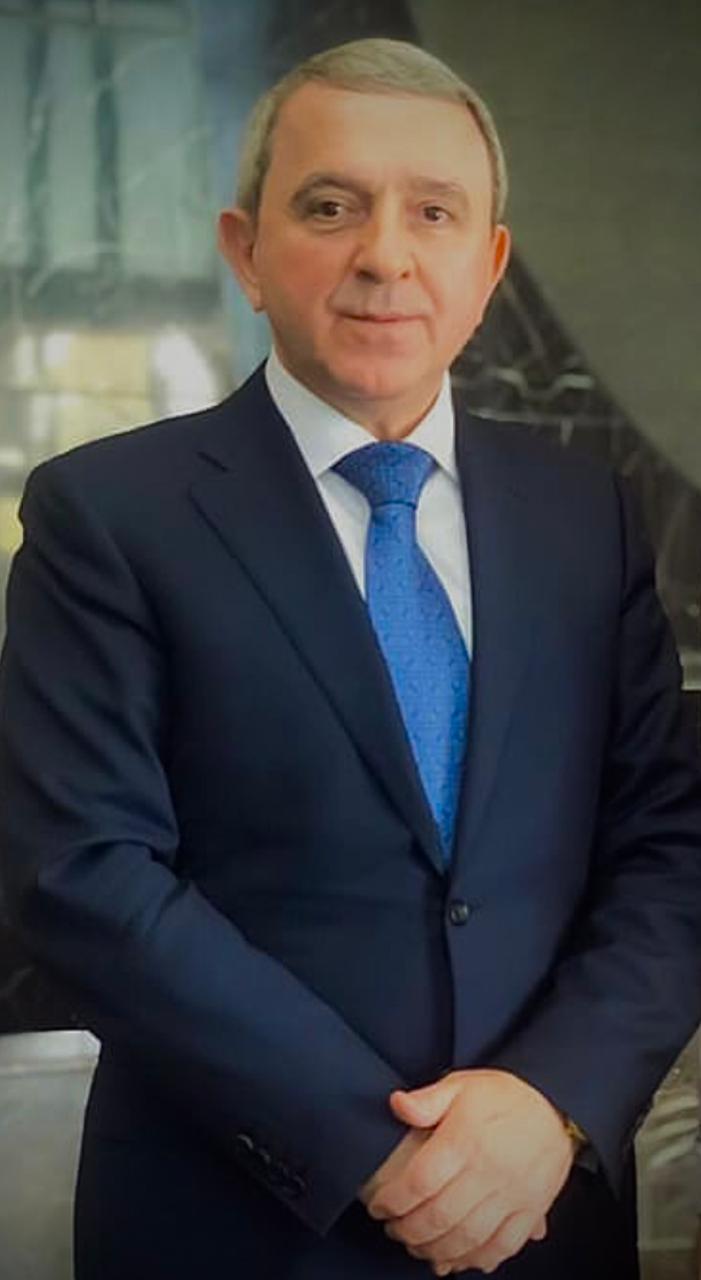