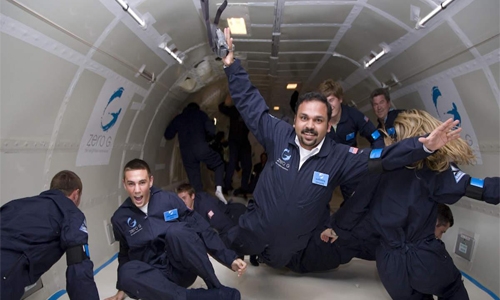 The man who could be India’s first space tourist

He is a traveller and entrepreneur and he is also the founder of Safari TV, a channel dedicated to travel and exploration. Virgin is yet to confirm when Kulangara will go into space and if he requires more training before boarding the spaceship.

The 49-year-old will pay Rs 1.8 crore for a quick trip into space. “It’s not a huge amount. It’s all about one’s perspective. It might seem like a huge amount. But worth it for the experience and the historical significance,” he told The Indian Express.

Kulangara has travelled to over 130 countries across seven continents and made a full-length English feature film on Chandrayaan-1. “Space tourism is purely a futuristic business. This can become the next big thing for humans.

Like that, space tourism is an investment for the future. We should think about a future when the resources on planet earth are no more enough to sustain all the human beings here.

If there is a company experienced in travelling to space and other planets and capable of doing explorations, wouldn’t they stand to benefit from that situation? I foresee colonisation of other planets and initiatives such as space tourism are just means to that end,” Kulangara added.