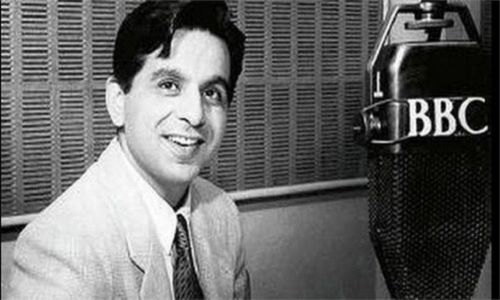 Dilip Kumar, one of India's earliest and most famous actors, has died in Mumbai at the age of 98.

A veritable legend, Kumar acted in more than 65 films over nearly five decades, playing roles that ranged from the iconic to the endearing.

He was admitted to the hospital on 30 June after he complained of breathlessness. He had been frequently ill for months.

Kumar is survived by his wife, Saira Banu, a Bollywood actress herself. The couple has no children.

Tributes have been pouring in on social media for the legendary actor - politicians, Bollywood stars and even historians have tweeted their condolences.

Dilip Kumar was born Yusuf Khan in December 1922 in Peshawar - in what is now Pakistan - before the partition of India.

Like some of his Muslim contemporaries, he took on a Hindu name - Dilip Kumar - when he joined the Hindi film industry.

He debuted in 1944 in Jwaar Bhata but it was the 1949 hit, Andaz, that shot him to fame. The blockbuster love triangle also starred Nargis and Raj Kapoor, who went on to become celebrated actors.

"Dilip Kumar was arguably the best actor Indian cinema has produced. There are stars, some even bigger than him, but no better actor. He was the finest tragic actor of his days but also succeeded at comedy," he told the BBC.

Some of his films - Mela, Naya Daur, Ganga Jumna, Devdas and Mughal-e-Azam - were superhits and won him legions of fans.

Kumar essayed a gamut of roles, including a villager, a suave urbanite, a Bengali gentleman and a swashbuckling hero, before moving to pay older, supporting roles in the 1970s, Mr Desai said.

"More than his list of films and his box office popularity, Dilip Kumar reflected India's political and social evolution through his films," he said. "As independent India grew, prospered, ran into difficulties and faced challenges, Dilip Kumar's roles told the story as it unfolded."

He married Saira Banu in 1966 - the two starred together in several hit films. Kumar last appeared in a film in 1998.