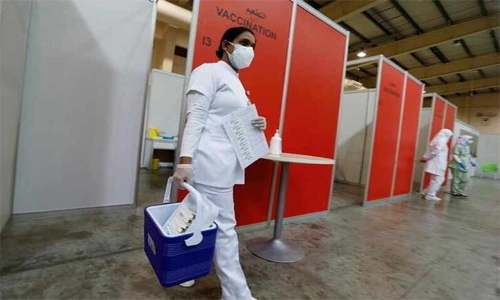 The Health Ministry has revealed that the treatment of COVID-19 infections with the use of monoclonal antibody drug “Sotrovimab” has proved effective.

The drug has been used since June 18 for COVID-19 patients in the Kingdom of Bahrain after the National Health Regulatory Authority (NHRA) approved it.

According to Ministry records, 95% of the patients recovered from the virus within five days only after receiving the drug, and that 100% of them left the hospital.

The Ministry also confirmed that all 230 patients who received the drug between 18 June and 1 July did not show any complications, and none of them was admitted to the intensive care unit.

There were no side effects of either of the drugs in all cases, the Ministry noted.

It is a new drug by GlaxoSmithKline (GSK) for the treatment of COVID-19. The decision to add Sotrovimab to COVID-19 treatment protocols followed emergency use approval by the US Food and Drug Administration (FDA) as well as a comprehensive review of GSK’s clinical trials.