New Clubhouse icon: Who is Dandara Pagu? All you need to know about the Brazilian activist and creator | THE DAILY TRIBUNE | KINGDOM OF BAHRAIN 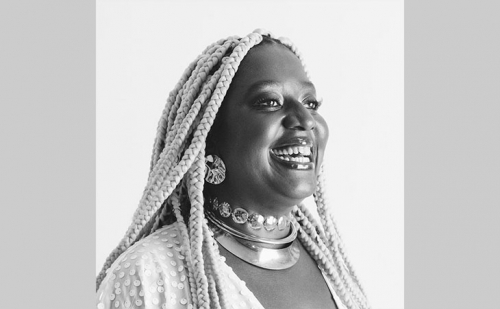 Clubhouse, the invite-only social audio app, has got a brand new icon. "The wonderful Drue Kataoka is passing the baton to Brazilian activist and creator Dandara Pagu," the company said in a tweet on Sunday.

For the uninitiated, the Clubhouse logo is used to depict what the company stands for: the community. According to a report, the application uses the headshots of various people as its app icon to accentuate its highly democratized format. It celebrates and brings exceptional people/artists to the attention of the public.

Who is Dandara Pagu?

Dandara Pagu is an activist, a producer, a leader in body positivity and a fighter for human rights, especially those of Black women. She was born in Recife, Pernambuco, a state in the Northeast region of Brazil. It’s one of the poorest areas in the country, and one of the most naturally beautiful places on Earth.

She is one of 12 children, 4 of whom passed away as kids, the company said in a release.

"Pagu first rose to the top of the Brazilian Clubhouse scene when she started unofficially moderating tense conversations between strangers. Today, she often finds herself doing a service her country (and let’s be real the whole wide world) sorely needs right now: Reaching across the gulf of political and social ideology to find dialogue with her fellow citizens, even when their very beliefs deny her basic rights as a Black woman," the release said. Incidentally, she has been a victim of racism and violence.

For the activist, anti-racism is a shared journey that improves the lives of all humanity. "Racism is a disease that unfortunately affects everyone. Some people will suffer more, others will suffer less. I don’t think Black people have any obligation to explain it … but I feel calm talking about things that for me, thanks to God and the Orishas, I have already solved in therapy. I have solved it within myself and I can talk about it today.

I’ve suffered sexual violence, I’ve suffered a lot of things … I operate based on the principle that if someone is listening to me or wants to listen to me, they want to change," she said.

WHO seeks further clarification on India's Covaxin before approval