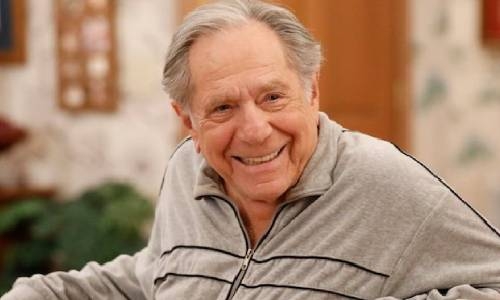 George Segal, the banjo player turned actor who was nominated for an Oscar for 1966′s “Who’s Afraid of Virginia Woolf?” and worked into his late 80s on the ABC sitcom “The Goldbergs,” died Tuesday in Santa Rosa, California, his wife said.

“The family is devastated to announce that this morning George Segal passed away due to complications from bypass surgery,” Sonia Segal said in a statement. He was 87, The Associated Press (AP) reported.

George Segal was always best known as a comic actor, becoming one of the screen’s biggest stars in the 1970s when lighthearted adult comedies thrived.

But his most famous role was in a harrowing drama, “Who’s Afraid of Virginia Woolf?”, based on Edward Albee’s acclaimed play.

He was the last surviving credited member of the tiny cast, all four of whom were nominated for Academy Awards: Elizabeth Taylor and Richard Burton for starring roles, Sandy Dennis and Segal for supporting performances. The women won Oscars, the men did not.

To younger audiences, he was better known for playing magazine publisher Jack Gallo on the long-running NBC series “Just Shoot Me” from 1997 to 2003, and as grandfather Albert “Pops” Solomon on the “The Goldbergs” since 2013.

“Today we lost a legend. It was a true honour being a small part of George Segal’s amazing legacy,” said “Goldbergs” creator Adam Goldberg, who based the show on his 1980s childhood. “By pure fate, I ended up casting the perfect person to play Pops. Just like my grandfather, George was a kid at heart with a magical spark.”

In his Hollywood prime, he played a stuffy intellectual opposite Barbra Streisand’s freewheeling prostitute in 1970′s “The Owl and the Pussycat;” a cheating husband opposite Glenda Jackson in 1973′s “A Touch of Class;” a hopeless gambler opposite Elliot Gould in director Robert Altman’s 1974 “California Split;” and a bank-robbing suburbanite opposite Jane Fonda in 1977′s “Fun with Dick and Jane.”

Groomed to be a handsome leading man, Segal’s profile had been rising steadily since his first movie, 1961′s “The Young Doctors” in which he had ninth billing. His first starring performance came in “King Rat” as a nefarious inmate at a Japanese prison camp during World War II.

KHK MMA’s Abbas Khan on BRAVE CF 48 fight: “I almost knocked him out”

From refugee to amateur MMA world champion, can Abdul Hussein do it again at BRAVE CF?