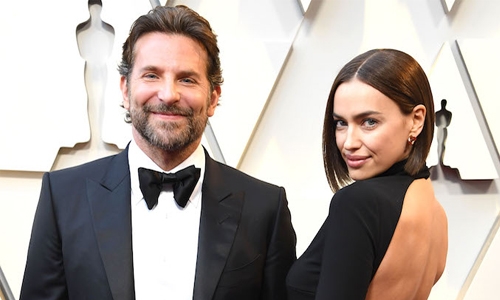 Hollywood actor Bradley Cooper and his partner, Russian model Irina Shayk have split after four years of being together. Cooper, 44, and Shayk, 33, have officially decided to end their relationship, according to People.com. They are reportedly working out how to share custody of their daughter Lea De Seine, who they welcomed in March last year.

Their relationship was reportedly on the rocks, with reports from The Sun that the couple was recently living separately. Shayk was understood to have moved out of Cooper’s $6.55 million Pacific Palisades house with their two-year-old daughter. A source close to the couple had told The Sun: “Things are cooling off between Bradley and Irina in a big way.

“They haven’t been good for a few months and Irina decided it would be best if she moved into her own place. “It’s not looking like there’s much long left for the two of them together.” US reports earlier this week revealed the pair’s relationship was “hanging on by a thread”. As Cooper’s success with A Star Is Born was kicking off, his relationship with Shayk went south. Page Six exclusively reported that the pair wasn’t happy anymore after a sulky dinner at Masa in the Time Warner Center.

Camila Cabello to appear as ‘Cinderella’ in February 2021