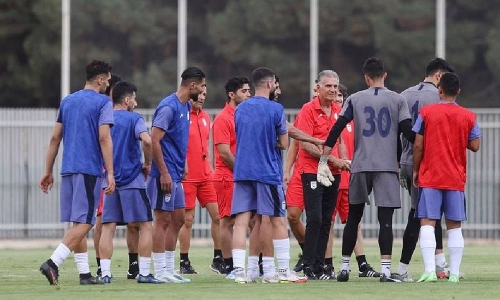 Iranian players competing in the soccer World Cup have lost fans among many people back home who accuse the national squad of siding with a violent state crackdown on protesters, including women and children, seeking the fall of the Islamic Republic.

A popular revolt sparked by the death of young woman Mahsa Amini after her arrest for flouting the strict Islamic dress code has gripped Iran for over two months. Dozens of Iranian public figures, athletes and artists have displayed solidarity with the protesters - but not the national soccer team.

Still, the Iranian squad could not avoid being overshadowed by the anti-government unrest that has rattled Iran’s theocracy, while other World Cup teams were squarely focused on their tactics on the pitch. Iran defender Ehsan Hajsafi cautiously aired his concern at a press conference on Sunday about the political crisis and said he hoped his team could be a voice for the people.

“We have to accept the conditions in our country are not right and our people are not happy. We are here but it does not mean we should not be their voice. I hope conditions change as to the expectations of the people,” he said, without directly mentioning the unrest.

In an Instagram post in September that he later deleted, Sardar Azmoun, a member of both the national team and German Bundesliga club Bayer Leverkusen, endorsed the protests. But ahead of their first match against England, no player expressed outright support for the demonstrations, one of the biggest challenges to the cleric elite since the 1979 Islamic Revolution.