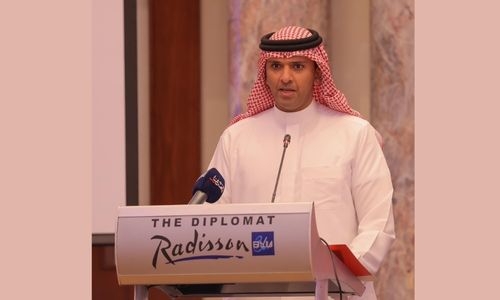 Holders Al Khaldiya were last night drawn against either Sitra or Galali in the round of 16 for this year’s His Majesty the King’s Cup in football. The draw for the elimination tournament was held yesterday by the Bahrain Football Association in a ceremony that took place at the Diplomat Radisson hotel. It set the stage for the round of 16 match-ups, where Khaldiya were one of four sides awaiting for their opponents.

The others were reigning league champions Riffa, AFC Cup winners Muharraq and Al Hala. Sitra and Galali are set to meet in the second round for the right to take on Khaldiya. The winners of the clash in this stage between Isa Town and Al Ettifaq will move on to play Riffa.

The winners between Busaiteen and Malkiya will go up against Muharraq, and the victors of the match between Al Ettihad and Tadhamun play Hala. Other games in the round of 16 are already set. Last season’s losing finalists East Riffa lock horns with Hidd, Manama play Bahrain Club, Al Najma go up against Budaiya and Al Ahli take on Al Shabab. BFA president Shaikh Ali bin Khalifa bin Ahmed Al Khalifa was on hand at the ceremony.