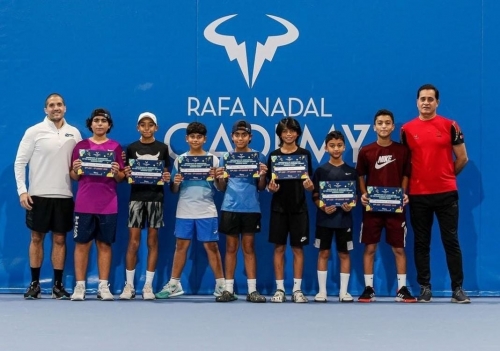 At the end of the camp, certificates of participation were presented to the players from the academy. BTF president Shaikh Abdulaziz bin Mubarak Al Khalifa expressed his sincere thanks and appreciation to the KTF for hosting the national team.

He stressed that the camp was successful by all standards, and that it has contributed to the further development of the players technically, physically and mentally.