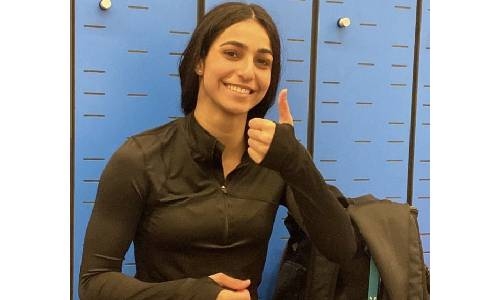 The 15-year-old posted a time of 30.69 seconds in the second of seven heats in the event’s opening stage. She finished third overall amongst the race’s eight competing athletes. Ayah had a reaction time of 0.67 seconds, and was just 01.69s behind winner Mikaili Charlemagne of Saint Lucia, who finished first in 29.00s.

Enkhkhuslen Batbayar of Mongolia was the runner-up in 29.08s. Only the top 16 swimmers from all the heats advanced to the semi-finals. Yufei Zhang of China was the leading qualifier with a time of 25.39s, while Katerine Savard of Canada was the last to make it through in 26.47s.

Bahrain’s participation at the global competition continues. There are three other national team swimmers taking part, including Omar Al Rowaila, Saud Ghali and Noor Taha. The young nationals are being guided in Budapest by national team head coach Alex Karpalev.