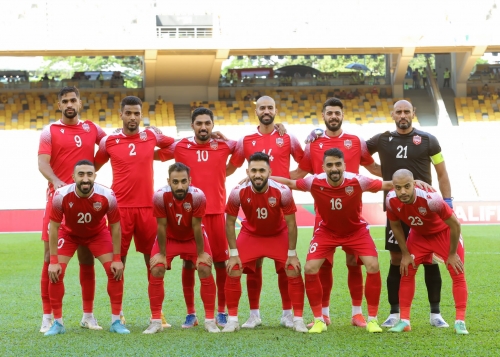 The Bahrainis are now ranked 85th in the world after improving to 1,289.25 ranking points, up 26.70 points from their previous total of 1,262.55. The nationals’ new ranking is their best since 2010, when their top classification for that year was 60th.

Bahrain have been ranked as low as 133rd since, in 2017. The Bahrainis are 12th amongst all national teams in the Asian Football Confederation, where Iran are top in 23rd in the world followed by Japan in 24th, South Korea in 28th and Australia in 39th.

Amongst all the GCC teams, Bahrain are fifth. Qatar are the best-ranked side in 49th, while Saudi Arabia are 53rd, the UAE 69th and Oman 75th. Brazil are the top-ranked team in the world, followed by Belgium, Argentina, France and England in the top five. The leading 10 nations are rounded out by Spain, Italy, the Netherlands, Portugal and Denmark.