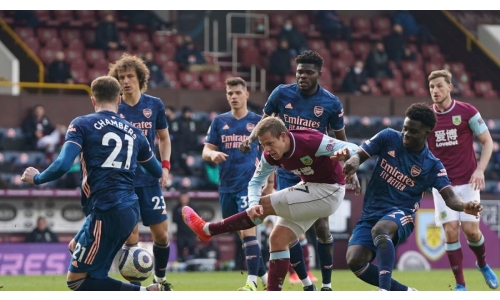 More than half of footballers playing at the European Championship and African Cup of Nations suffered online abuse, a study published by FIFA revealed on Saturday.

Much of abuse came from fans of the players’ home nations.

“Homophobic (40%) and racist (38%) comments provided the majority of the abuse,” said the independent report published to coincide with the United Nations International Day for Countering Hate Speech.

Using artificial intelligence to track over 400,000 posts on social media platforms during the semi-finals and finals of Euro 2020 and 2021 African Cup of Nations 2021 “over 50% of players received some form of discriminatory abuse”.

FIFA said with the World Cup just five months away, they will work with players union FIFPRO to implement a plan on how to protect players from abuse on social media.

This will involve scanning recognised hate speech terms published to identified social media accounts, and once detected, prevent that comment from being seen by the recipient and their followers.

“Although the offending message remains visible to the person who originally made the comment, its visibility and reach will be significantly reduced,” said FIFA.