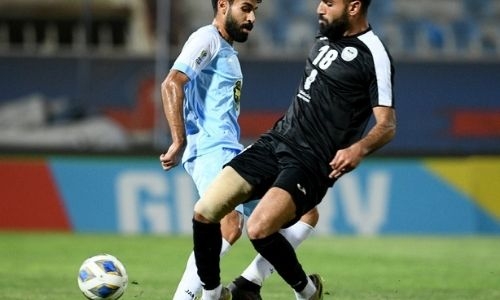 Bahrain clubs Riffa and East Riffa both advanced past the group stage of the AFC Cup 2022. Riffa secured their place in the next round by defeating Shabab Al Khalil of Palestine 3-1 in their final Group B match played in Kuwait. East Riffa, on the other hand, drew 2-2 with Hilal Alquds, also from Palestine, to earn enough points in Group C to march through.

Riffa finished as runners-up in Group B but were the best-ranked second-placed team in all three West Asian groups. East Riffa finished first in Group C to earn their automatic berth. Both teams have now progressed to the West Zonal Semi-finals, where they will face off against one another.

Group A winners Al Seeb from Oman will take on Group B winners Al Arabi from Kuwait in the other final four clash. Both semis pairings will be played over two legs. In Riffa’s win last night, the Bahrainis were the first to get onto the score sheet through Adnan Fawaz in the 22nd minute.

That was enough to put them in the lead by half-time. Komail Alaswad then doubled their advantage in the 71st, but Shabab Al Khalil were given a lifeline when Mohamad Darwish scored just five minutes later. Riffa then made sure that there would be no surprises before the final whistle, with Hashim Sayed Isa’s goal in the first minute of stoppage time sealing the victory.

“The players had a great performance again today, just like they did in the previous two matches. We had good mental strength and the players were determined to get a win despite the circumstances that we faced,” said Riffa head coach Ali Ashoor. “We now need to improve and get ready for the new season as we have an important match against East Riffa in the next round. It will be a big derby for the two teams and hopefully we can continue winning and advance to the West Zonal Final,” said Ashoor. Riffa completed their Group B campaign with two wins and one loss in three matches for six points in second place.

Meanwhile, in East Riffa’s draw, the Bahrainis needed to battle back from a two-goal deficit in a fantastic comeback. Mohammed Maraaba scored two goals for Hilal Alquds in the 24th and 38th minutes to give the Palestinians a 2-0 lead.

But then after the half-time break, East Riffa were able to find their way out of the two-goal hole, first through Jasim Khelaif in the 50th minute. Brazilian Luiz Fernando Correa Sales then supplied the definitive equaliser in the 73rd, and managed to hold on for the share of the points. After the match, East Riffa head coach Florin Motroc commented: “I had expected this match to be difficult, and it needed a lot of concentration from my players, Hilal Aquds are a good team, and they play with high spirit, and they fought hard, especially after the result of first match, as they had a chance to qualify.

“My players were under pressure, but in the second half we showed that we have high spirit, and played as a team to come back and we were close to scoring the winning goal in the final minutes.” East Riffa finished atop Group C with five points, from one win and two draws.