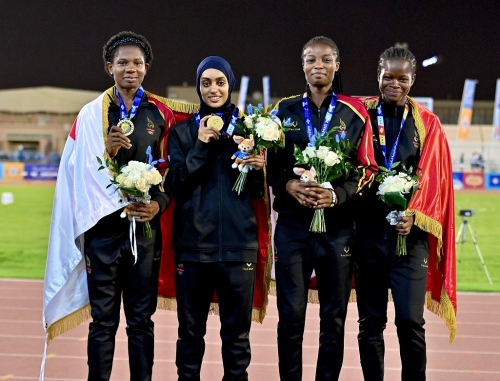 Bahrain won 15 medals yesterday, including six gold, across three sports to continue their winning ways at the third GCC Games, being held in Kuwait.

The three bronze medals yesterday were claimed by Iman Essa in the women’s 200m and Mahmoud Elgohary in the men’s hammer throw, both in athletics; and by Abdulla Rahma won a bronze in the men’s 25m rapid fire pistol in shooting. Bahrain’s medal haul yesterday in athletics, shooting and swimming brought the Kingdom’s tally to 38 so far, including 17 gold, 14 silver and seven bronze medals.

With those numbers, Bahrain continue to occupy first place on the six-nation medal table of the multi-sport event. Finale Last night’s athletics action marked the final day of competition in track and field. Bahrain wrapped up their impressive campaign on a positive note.

Winfred clinched her second gold of GCC Games by taking first place in the women’s 1,500m final in four minutes 07.24 seconds. Her triumph added to her first gold medal from the women’s 3,000m steeplechase.

Tigist followed to claim silver in 15:53.76. The next athlete behind them was nearly five minutes off the pace. The Bahrain women’s relay team claimed their gold medal with a dominant showing in the 4x400m, winning more than 30s ahead of the runners-up in 3:48.00.

The Bahraini quartet featured Awatif Ahmed, Aminat Jamal, Saleha Lahdan and Muna Mubarak. Yaqoob then claimed his men’s 200m gold medal in 20.91s, beating Fahhad Alsubaie of Saudi Arabia by the narrowest of margins as only one-hundredths of a second separated the leading pair.

The triumphant Bahraini sprinters included Husain Aldoseri, Abbas Ali, Musa Isah and Ali Khamis. Elsewhere in athletics yesterday, Zenab won her women’s 200m silver medal in 23.88s with Iman right behind her taking the bronze in 24.35s; and Elgohary took his bronze in the men’s hammer throw after posting a distance of 64.68m in the final round.

In shooting yesterday, Bahrain claimed their first medals in the sport through Abdulkhaliq and Rahma in the men’s 25m rapid fire pistol final. Abdulkhaliq finished with a result of 14 points, while Rahma had five.

Gold-medallist Muad Al Balushi had 23 points. Alrowaila then won Bahrain’s first medal in swimming at the third GCC Games, taking his silver in the men’s 100m backstroke final in 59.94s. He finished narrowly behind gold-medallist Ali Alessa of Saudi Arabia by just 0.15s. 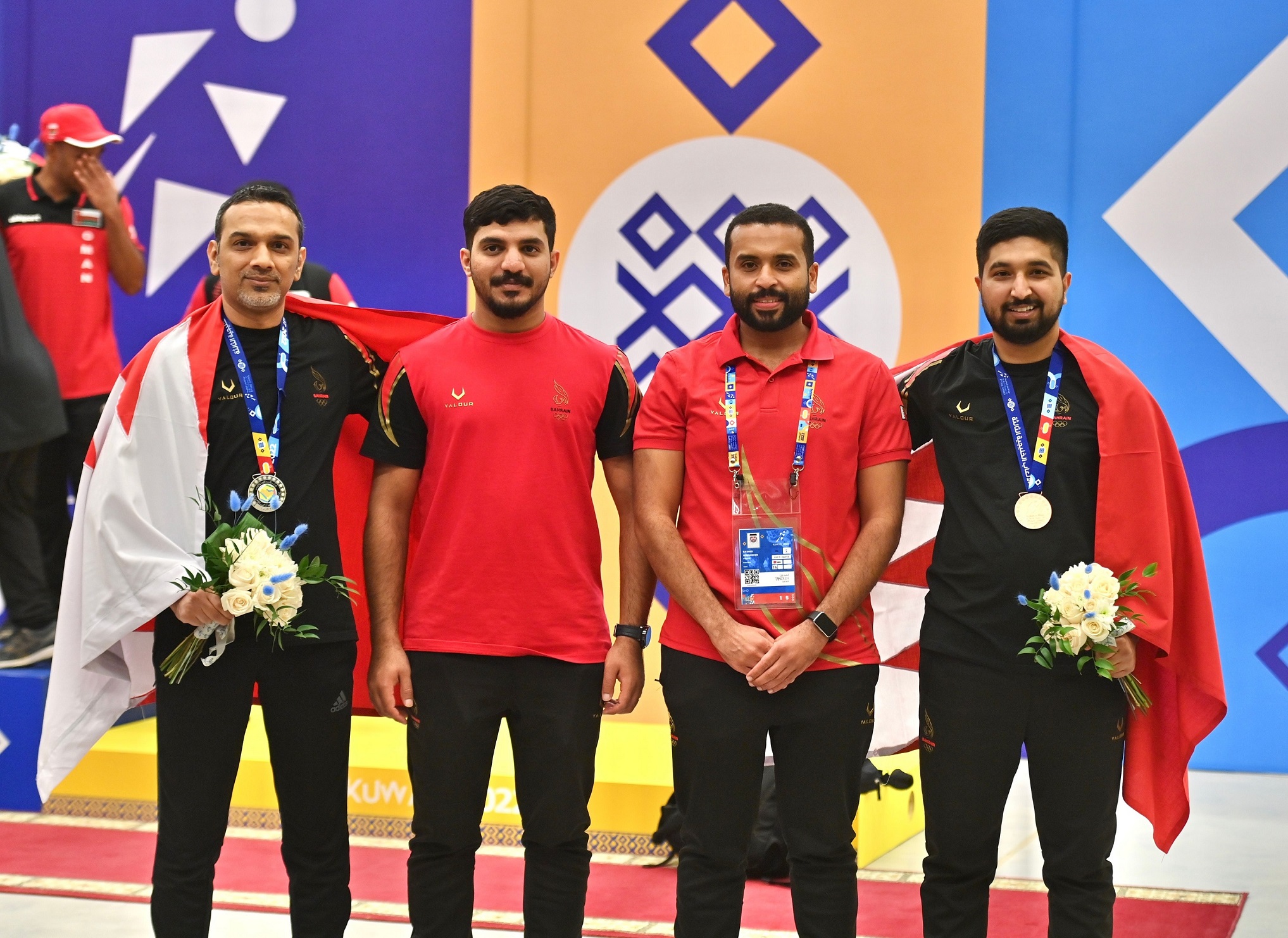 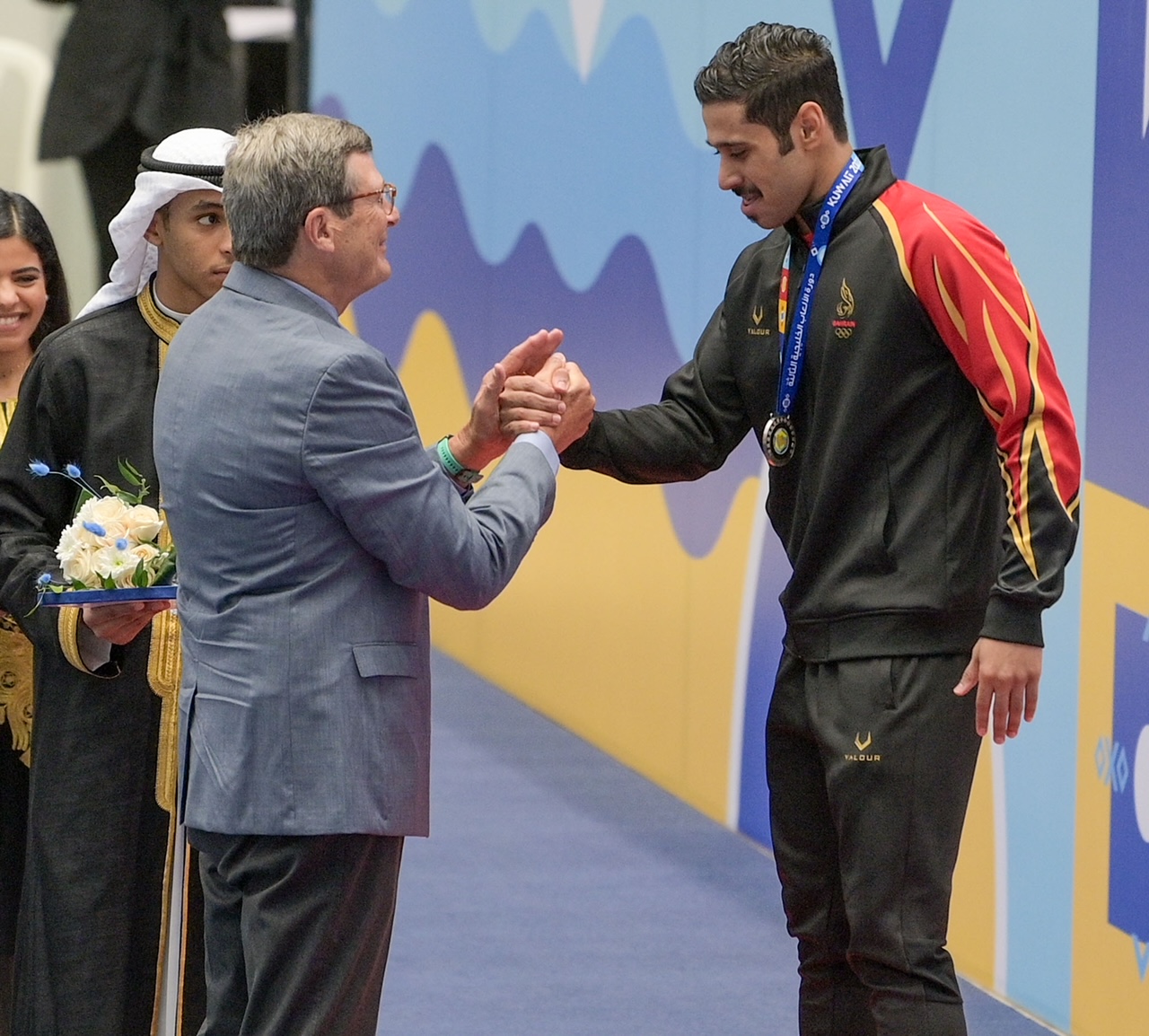 Businessman ordered to pay BD4,000 for unpaid rent in Muharraq

Gun in 8-year-old’s backpack goes off at school, mother charged