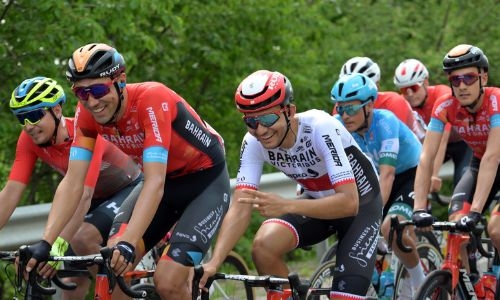 Team Bahrain Victorious narrowly missed out on a place in the top 10 on the stage one classification in the 43rd Tour de Hongrie. Edoardo Zambanini had the best finish amongst the squad’s six riders in 11th place overall at the end of the 198-kilometre leg, which started in the town of Csakvar and ended in Szekesfehervar. Teammate Chun Kai Feng followed in 37th, while Filip Maciejuk and Kami Gradik were 47th and 48th, respectively.

Bahrain Victorious’ line-up was rounded off by Johan Price Pejtersen in 114th, and Bahraini cyclist Ahmed Madan in 131st. The professional road cycling event, which is part of the 2022 Union Cycliste Internationale (UCI) Europe Tour, continues today until Sunday. Today’s second stage will be over 192km. It is a generally flat stage, starting from the Hungarian town of Karcag and ending in Hajduszoboszlo.

This year’s Tour de Hongrie is the second time Madan is contesting the race. He made his much-anticipated international debut with Bahrain Victorious at last year’s event, when he made history as the first-ever Bahraini rider to compete in a top-level UCI meeting.