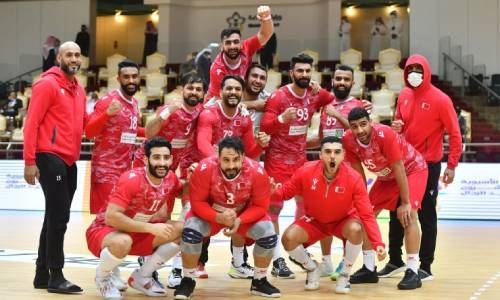 Bahrain eased past Iran 36-26 in the final match of the playoff phase of the 20th Asian Men’s Handball Championship.

The match kicked off at 4 pm at the arena of the Ministry of Sports in the City of Dammam, in the Eastern Province, the Kingdom of Saudi Arabia.

The national squad which lead  Group B with three wins will take on Group A second-placed Saudi Arabia on Saturday at 6 pm in the semi-final match.

Bahrain squad has already sealed a spot, for the sixth time in its history,   in the 2023 IHF World Cup, which will be co-organised by Sweden and Poland.