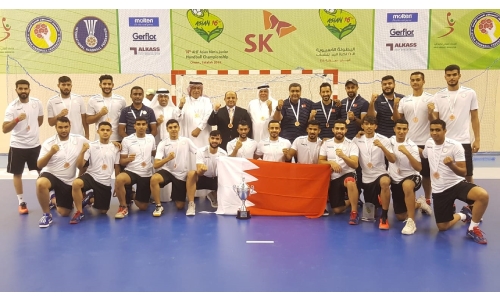 Bahrain has been awarded the right to host the 18th Asian Men’s Junior Championship later this summer.

This was announced yesterday by the Bahrain Handball Association and the Asian Handball Federation (AHF).

The AHF executive board met last week in Kuwait City and decided to select Bahrain as tournament hosts.

The competition is scheduled to be held from August 13 to 22, and it will be for under-21 national teams.

The event will also act as a qualifier for the 24th Men’s Junior World Handball Championship 2023, set to take place in June and July in Germany and Greece.

The previous edition of the tournament was originally scheduled to be held in Iran in 2020, but it was postponed due to the pandemic.

The AHF later decided to move the tournament to Bahrain for March 2021, but it was eventually cancelled because of COVID-19 concerns.

Bahrain was set to be one of 10 teams competing in the event.

The nationals have participated in the competition 10 times.

They won the gold medals once, in 1998 at home, while also securing the silver medals in 1994 in Syria before taking the bronze in the 2018 edition held in Oman – which was the last time the tournament was held.

South Korea are the most recent champions, while Kuwait and Qatar both won the title five times apiece.