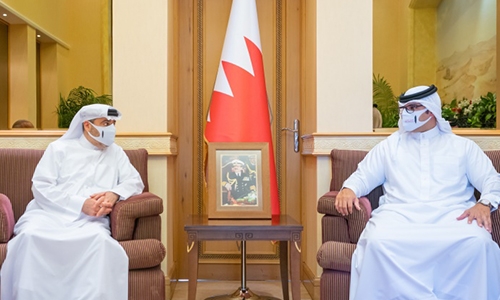 In speaking with Shaikh Daij, HH Shaikh Isa highlighted the role played by the private sector and Bahraini companies, including Alba, in supporting the development of the Kingdom’s horseracing sector.

HH Shaikh Isa noted the importance of supporting efforts to organise horseracing competitions and championships, to advance the Kingdom’s regional and international standing in organising these races. 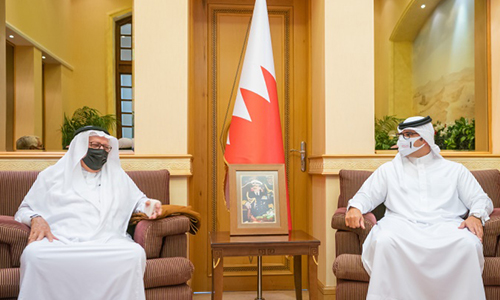 Areas of cooperation between REHC and Alba, and ways of strengthening mutual development, were discussed.

For his part, Shaikh Daij expressed his appreciation for the opportunity to meet with HH Shaikh Isa bin Salman, and noted Alba’s support for the sports sector and its commitment to strengthen cooperation with REHC, which will support the club’s programmes and plans.

Meanwhile, in his meeting with Almoayyed, HH Shaikh Isa commended the private sector’s unwavering support to the Kingdom’s regional and international initiatives and event, particularly in sports.

HH Shaikh Isa and Almoayyed reviewed areas of cooperation between REHC and NBB, which will contribute to further realising the club’s goals.

HH Shaikh Isa highlighted the private sector’s ongoing support for horseracing on a regional and international level, stressing that the club plans to further promote horseracing throughout the Kingdom.

For his part, Almoayyed expressed his gratitude for the opportunity to meet with HH Shaikh Isa and affirmed NBB’s commitment to supporting the club’s programmes and initiatives.