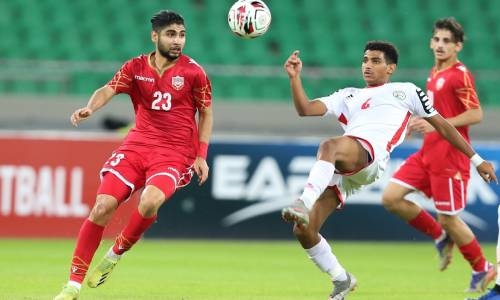 The tournament is being played in the Iraqi city of Basra, and yesterday’s contest was the fourth and final Group

A fixture for the nationals.

It was their second loss in those games, and it confirmed Bahrain’s elimination from title contention.

Only the top two teams from the two preliminary round groups go through to the final.

Either hosts Iraq and Kuwait will qualify from Group A, and they will meet Group B winners Lebanon.

The championship-decider is scheduled to take place on Wednesday.

The lone goal in last night’s match was scored by Yemen’s Hashem Bilbel from the penalty spot.

They were able to take their lead in as early as the ninth minute, and the Bahrainis could not recover despite a few chances to equalise.

Bahrain is in Iraq with a delegation headed by Bahrain Football Association board member Ayman Al Fardan.

The team is being guided by head coach Adel Al Nuaimi.

Bahrain made a winning start following a 2-1 win over Palestine on opening night, but then a 0-4 loss to Iraq and 1-1 draw with Kuwait put them in a precarious position heading into yesterday’s clash with Yemen.

They needed to win by at least four goals to have any chance of topping Group A, and also hope that Iraq would lose to Palestine in the other divisional fixture last night, which was the last match of the preliminary stage