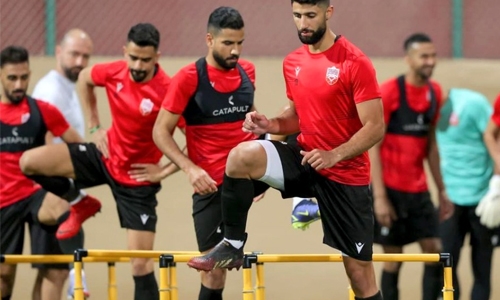 Bahrain head coach Helio Sousa has been forced to make another change to his 23-man roster that is set to compete in the FIFA Arab Cup 2021, which is scheduled to kick off tomorrow.

It is the second adjustment that was needed to be made on the national team roster.

Earlier last week, Sousa also had to find a replacement for Mohammed Abdulwahab, who suffered an injury during training.

Selected in place of the Ahli midfielder was Jassim Khelaif from East Riffa.

The Bahrainis continued their final preparations last night ahead of the start of the competition.

Bahrain is already in action on opening night when they take on Arab Cup hosts Qatar. The match is scheduled for a 7.30 pm kick-off and it will be played at Al Bayt Stadium in Al Khor.

Bahrain is in Group A for the preliminary round, which features four groups of four teams apiece.

The other teams in the Bahrainis’ group are Iraq, Oman and Qataris.

After their game tomorrow, Bahrain takes on Iraq on Friday and then face Oman on December 6.

The top two squads at the end of a single round-robin advance to the knockouts.

The Arab Cup is being delivered by FIFA as a prelude to the FIFA World Cup 2022.

It is seen as a vital opportunity to test operations and facilities ahead of next year’s global showcase.