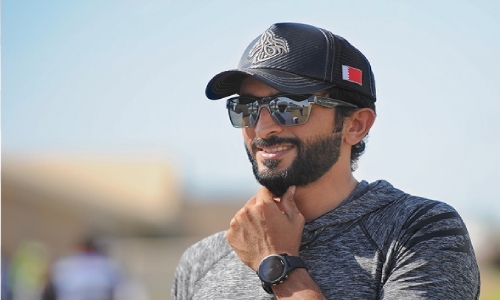 The Bahrain Victorious Endurance Cup was held here in cooperation with the Royal Spanish Equestrian Federation and Cordoba city’s officials.

The event is within the framework of efforts to promote the kingdom, and those of the HM the King’s Representative for Humanitarian Work and Youth Affairs, HH Shaikh Nasser bin Hamad Al Khalifa, to ensure the continuity of Bahrain’s presence in European championships.

The race follows the remarkable success of the Bahrain Victorious Endurance Cup, held recently in Uruguay. On the occasion, HH Shaikh Nasser said that holding external championships carrying the name of “Bahrain” contributes to achieving multiple goals, all of which aim to promote the kingdom, in line with the vision of His Majesty King Hamad bin Isa Al Khalifa, and the aspirations of His Royal Highness Prince Salman bin Hamad Al Khalifa, the Crown Prince and Prime Minister.

HH Shaikh Nasser commended the efforts exerted by the local organising committee to ensure the success of the Bahrain Victorious Endurance Cup in Cordoba.