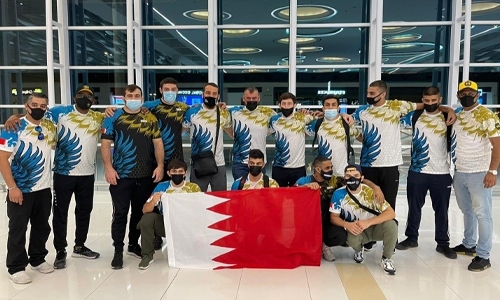 The Kingdom’s athletes begin their journeys in the World Cup, hoping to get Team Bahrain over the line and into the 100 club, which will once again reinforce the Kingdom’s outstanding achievements in martial arts, thanks to the contribution and vision of HH Shaikh Khaled.

Bahrain also has two representatives in the junior portion of the competition, with Murad Ibragimov at Bantamweight, and Gimbat Magomedov at Lightweight.

Today at Cage 1, Gimbat Magomedov takes on Marek Skria from Czech and Shamil Gimbatov faces Jan Stanovsky, also a Czech fighter. At Cage 2, Yousif Sayyar from Bahrain meets Tian Olsen from Norway, while Mohamed Alghool from Bahrain and Nayef Fikey take on Tobias Soderberg and John Oldenqvist, both from Sweden.

Bahrain has been pivotal in the development of the amateur mixed martial arts scene worldwide, as the efforts of HH Shaikh Khaled have been key in taking the IMMAF World Championships to the next level.

Now, the grassroots pathway to MMA stardom is widely recognized and Team Bahrain has continued to thrive, bringing home world champions and 96 medals so far in IMMAF competitions.