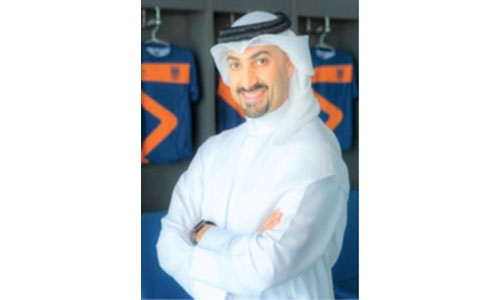 Winners yesterday become the first Bahraini club to join the league of professional football clubs worldwide, kicking off a new era in the sporting history of Bahrain.

The club is now officially a “Commercial Company” free to market itself as a brand to attract talents and investments. His Highness Shaikh Khalid bin Hamad Al Khalifa, who heads the General Sports Authority, signed the historic deal.

Established in 2014 as a sports centre in Isa Town, Winners Football Club WLL is headed by Fawaz Albinmohammed and Ibrahim AlSada and its affiliates.

The club had also provided US scholarships to four Bahraini players through its ‘Edusports’ scholarship programme, which attracted over 600 participants.

In 2020, the club further expanded its horizon by opening a branch in Saudi Arabia’s Life Park in Damman City. Responding to the news, Fawaz Albinmohammed said the club aims at “developing local players who can reach the highest professional levels.” Powering Winners in this dream run are “Steven Gerard Academy”, Liverpool, UK, “Marcet Academy”, Barcelona, Spain and “IMG” USA.