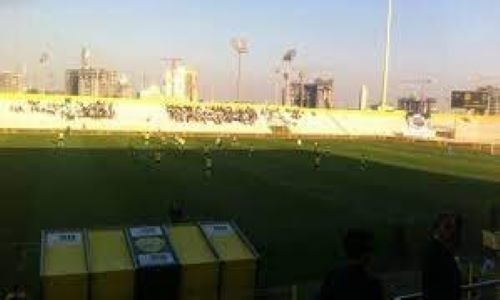 Several World Cup football qualifiers scheduled to be played in China were moved to Dubai on Monday over coronavirus infections in the Syria and Maldives teams, the Chinese Football Association said.

“Because of the recent epidemic infections in the Maldives and Syrian national football teams... they must be strictly quarantined upon entry and cannot participate in the games as scheduled,” a CFA statement said.

“According to recommendations from the AFC (Asian Football Confederation), the Chinese FA agreed that the remaining qualifying matches... will not be held in Suzhou and will be transferred to Dubai and held there,” it added.

The games were supposed to take place over the next fortnight in a secure “bubble” in the Chinese city of Suzhou.

The AFC stopped short of confirming that Dubai will now stage the matches, saying in a statement they will take place at “a neutral venue, which will be decided and announced in the coming days”.

“The decision was made due to the mounting challenges faced by several participating teams in travelling to China,” it added.

According to China’s Titan Sports, the Maldives and Syria are in Dubai and were denied permission to depart for China.

Maldives striker Ali Ashfaq tweeted that he had tested positive and won’t be playing in the qualifiers.

China, who smashed Guam 7-0 on Sunday, was scheduled to face the Maldives on Thursday, while Syria and the Maldives were set to play on June 7.

China is second in the group behind Syria and is fighting to keep their World Cup hopes alive. The games double as qualifiers for the 2023 Asian Cup in China.

“The Chinese Football Association will make every effort to prepare for the matches,” the CFA said.

The AFC said it hopes to keep to the original schedule, with the final round of matches on June 15.