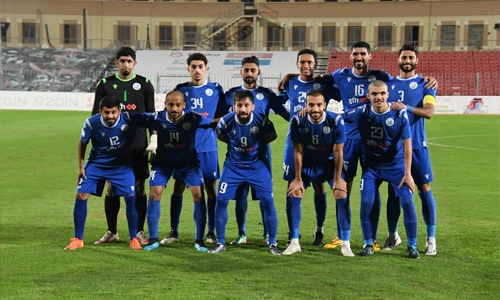 Bahrain is set to host three matches in the 2021 AFC Cup group stage later this month. The Group A games are scheduled to be held between May 21 and 27, featuring three clubs, including Bahraini outfit Hidd, defending champions Al Ahed of Lebanon and Al Wahda of Syria. Hidd will be hoping to finish in first place to advance to the Zonal semi-finals.

They can also make it through as the best runners-up from West Asia. Groups B and C are also in the same zone. Bahrain’s Muharraq are in Group B along with Al Salt of Jordan, Markaz Balata of Palestine and Al Ansar of Lebanon; while Group C features Tishreen of Syria, Markaz Shabab Al Am’ari of Palestine, Al Faisaly of Jordan and Al Kuwait of Kuwait.

The Zonal semi-finals are scheduled to be held in August and September later this year. This year’s AFC Cup is the 18th edition of the competition. The AFC Cup is Asia’s secondary club tournament organised by the Asian Football Confederation.

The winners of the AFC Cup automatically qualify for the 2022 AFC Champions League. Ahed won the 2019 AFC Cup, and will be looking to defend their title with the competition not being held last year due to the COVID-19 pandemic.

A total of 38 clubs from 28 nations are competing in this year’s tournament. A Bahraini club has won the AFC Cup just once in the past, when Muharraq took the title in 2008. They had also finished as runners-up in 2006.