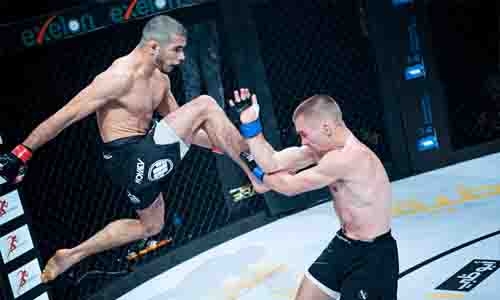 After Muhammad Mokaev submitted Jamie Kelly last October and improved his BRAVE CF record to 2-0, with a pro record of 4-0, many kept asking what would be next for the two-time amateur world champion.

Well, it seems that Mokaev himself has the answer - and his eyes are set on another IMMAF gold medalist.

“The Punisher” took to social media to call out his next target: Finland’s Abdul “ABBA” Hussein. In his post, Mokaev mentioned that, despite the ongoing Flyweight World Championship Tournament at BRAVE CF, the bout would be the best matchup available in the 57kg division. “I believe this is the number 1 fight in the BRAVE CF Flyweight Division.

The best fight outside of the tournament. I respect this guy (Hussein) but this is my division!”, he wrote. Mokaev ’s arguments are strong, indeed.

He holds an undefeated amateur record of 23-0 and won his four professional bouts dominantly.

The Dagestani-British fighter is widely regarded as the best junior fighter in the world, pound-for-pound and made an effortless transition to professional mixed martial arts, establishing himself as a star immediately.

Abdul Hussein’s impact on the amateur scene is no smaller, though.

ABBA won the IMMAF World Championship and finished his amateur career with a perfect 10-0 record.

As a pro, he boasts a 7-1 record and is currently on a three-win streak inside BRAVE Combat Federation.

Could a duel between two historic figures of the amateur MMA scene be next?