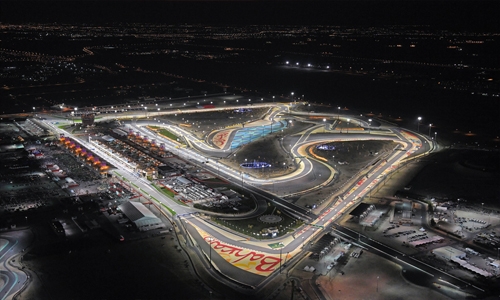 F1 pre-season tests likely to be moved to Bahrain

The already packed schedule of events at Bahrain International Circuit (BIC) over the first quarter of 2021 could get even busier, as Formula 1 is reportedly set to move its pre-season winter testing to the Kingdom this March, according to leading website autosport.com.

This comes in the wake of Australia’s pending postponement of the F1 season’s opening round, currently scheduled to be held from March 19 to 21.

The event is expected to be moved to later in the calendar due to the ongoing global pandemic, making the Formula 1 Gulf Air Bahrain Grand Prix 2021 the new curtain-raiser from March 26 to 28. Prior to the Grand Prix in Sakhir, the pre-season winter tests could be held.

Autosport reported: “F1 teams had originally considered moving pre-season testing to Bahrain for the 2021 season, but agreed to remain at the Circuit de Barcelona-Catalunya in Spain for the single three-day test. But with Australia’s likely postponement set to change the logistical plans involved for pre-season testing, teams have agreed it would be best to move testing to Bahrain.”

This has yet to be confirmed by BIC, along with the dates of the pre-season tests. Aside from F1, BIC is also set to host pre-season testing for the FIA Formula 2 Championship in March. F2 will be hitting the tarmac at Sakhir from March 9 to 11 around BIC’s 5.412-kilometre Grand Prix track. It will be one of two F2 tests for 2021.

The other will be an in-season session, to be held in Barcelona, Spain, from April 21 to 23.