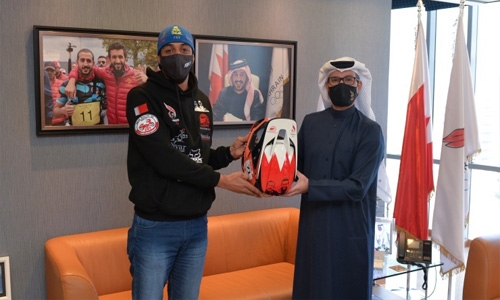 Motorcycle racer Salman Mohammed will take part in the Dakar Rally, which will kick on Sunday and run until the 15th of January in the Kingdom of Saudi Arabia.

Salman Mohammed became the first Bahraini motorcycle racer to take part in the famed Dakar Rally which was held in the Kingdom of Saudi Arabia in 2019.

The second edition of the Dakar Rally in Saudi Arabia will rev into action on Sunday morning (January 3), setting off from the Red Sea coastal city of Jeddah, and returning to the city on January 15.

Spread across 7,646km, the 12 stages will cross some of Saudi Arabia’s most demanding and untouched terrain as competitors perform a full loop around the Kingdom.