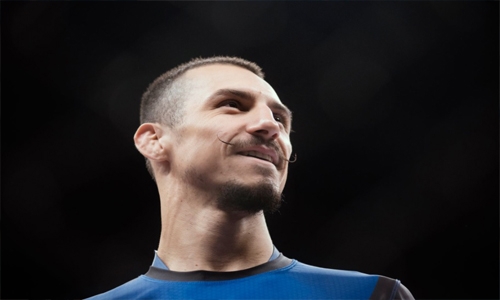 Gabriel “Fly” was set to compete at Brave CF 45’s main event but was forced to pull out due to being Covid positive. The Brazilian grappler was set to take on Colombia’s Dumar Roa before contracting the virus prior to leaving Brazil. He was replaced by Ian Entwistle, who got close to submitting Roa, before succumbing to an injury. “Corazon de Leon” has shown amazing submission defense and earned his win.

It was Dumar’s second straight victory against a top opponent under the BRAVE CF banner - he had previously knocked out former world champion Abdul-Kareem Al-Selwady. Riding high after these two wins, Roa was challenged by “Fly”, who wants their bout to take place with the BRAVE CF Featherweight world title belt on the line.

Colombia and Brazil have been two of the greatest homes for the BRAVE Combat Federation, hosting six events in total (four in Brazil and two in Colombia), and Gabriel wants to see a clash between both countries for the Featherweight strap.

“Four events in Brazil, two in Colombia. Brazilian and Colombian fans deserve to (see a) fight for a world title. We are ready to represent our countries and Latin America in a great fight for the world title of the fastest-growing global organization in the world,” said Gabriel on his social media profiles.

Dumar politely accepted the challenge, as the duo knew each other from the time they shared the mats in the build-up to BRAVE CF 26, when both of them fought in Bogota, Colombia.