BRAVE CF 45 card confirmed for November 19th, after slight changes due to postponement | THE DAILY TRIBUNE | KINGDOM OF BAHRAIN 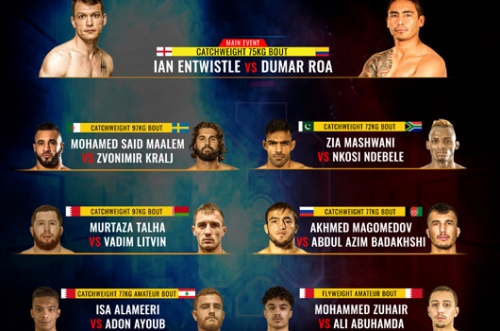 BRAVE CF 45 card confirmed for November 19th, after slight changes due to postponement

As the Kingdom of Bahrain mourned the loss of its Prime Minister, His Royal Highness Khalifa bin Salman Al Khalifa, BRAVE Combat Federation joined in the respects paid to the great leader and postponed its November 12th event. BRAVE CF 45 will now take place on November 19th, and the organization has worked hard to keep practically the entire fight card intact, albeit with some changes.

Since fighters had already gone through the weight-cutting process, BRAVE CF made sure that they would not have to cut weight again by agreeing Catchweight bouts with all the fighters that remained on the card.

Athletes who couldn’t proceed will be given their show money regardless.

Everyone at BRAVE Nation appreciates the efforts from the athletes in staying isolated for an extra week in order to put on a show and the organization reiterates its commitment to putting a safe and enjoyable show on November 19th.