A once in a generation talent: BRAVE CF 45’s Murtaza Talha | THE DAILY TRIBUNE | KINGDOM OF BAHRAIN 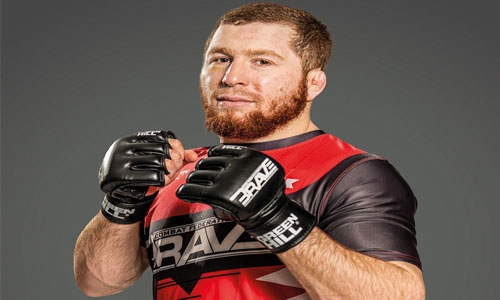 A once in a generation talent: BRAVE CF 45’s Murtaza Talha

One of the biggest amateur talents in the world today, Murtaza Talha will make his much-anticipated professional mixed martial arts debut at BRAVE CF 45, which has been rescheduled for November 19th. The Bahraini Light Heavyweight has conquered two world titles under the IMMAF banner, and has said goodbye to the amateur ranks as the number one ranked fighter in his weight class as well as the number six pound-for- pound amateur athlete.

According to BRAVE CF President Mohammed Shahid, who has followed Talha’s road all the way from his beginnings in MMA, he’s the best talent he’s ever seen.

And Shahid, through BRAVE CF, has been responsible for the rise of top athletes in the world of MMA, such as Khamzat Chimaev, Ilia Topuria, Johnny Walker, Guram Kutateladze, among several others. All of these men have been given their first taste of international action through BRAVE CF. From Shahid’s perspective, Talha will go on to have an even more powerful career than the fighters mentioned above.

“He is going to conquer the world of MMA, this is my hunch after seeing the extent of his dominance in the amateur scene. He could be the Messi of MMA” High praise indeed for the youngster who is yet to make his debut but his stint in the amateur ranks does give cause for optimism. “He is the next generation of fighters coming through from the IMMAF ranks and they keep going to the professional scenes better and more prepared’’, says Kerrith Brown, IMMAF president and a fan of Murtaza’s.

However, the Bahraini’s ascent to the top hasn’t been without challenges. He suffered a serious hand injury and was forced to stay away from competition for a year.

“After a span of time when he was virtually unchallenged, he participated in the world sambo championship. But he fell and sustained a serious hand injury. He had to take a year off to recover”, says Shahid. “Just when everyone started to forget about him, he comes back and destroys everyone all over again and become world champion yet again”

“He is going to be a global star,” Shahid exclaimed.

BRAVE CF Commentator Phil Campbell believes Murtaza has the perfect blend of skills to succeed. “He is quite simply a powerhouse wrestler with KO power. It’s the blueprint for success in MMA. He can dictate where the fight goes, whether he wants to keep it on the feet, keep it standing with his defensive wrestling or if he wants to take the fight down to the ground and dominate with exquisite positional and top control, he can do that.

“I think his pro career has the potential to mirror his amateur career. You are talking about a young man who was a two-time amateur world champion, he has been at the very highest level of the sport. I believe he can replicate that as a professional.”

BRAVE CF fighter Mohammed Mokaev also had a remarkable amateur career and recently turned pro just as Talha. ‘’The Punisher’’ feels Murtaza is the real deal. “I feel sorry for his opponent because he is a beast. He already beats a lot of professionals while training so let’s see how he will perform as a pro”

When asked about how he says his debut will go he said, “I expect some fireworks”.

The top MMA prospect will make his highly anticipated debut against Vadzim Litvin from Belarus. Litvin, who has a professional record of 4 wins and only one loss, will be a formidable challenge to Murtaza. The Belarusian is on a 4-fight win streak after defeating Viktor Larchenko, Aleksandr Galkin, Sergey Chmel, and Feng Shun. Three of his four wins came via finish, so Talha will have his hands full right off the bat regarding his opponent.