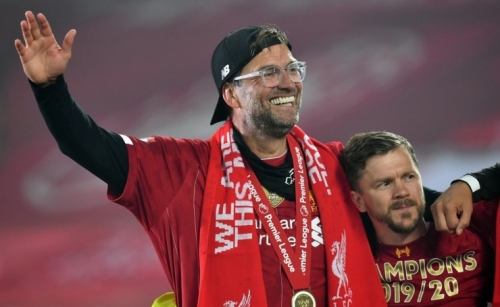 The League Managers Association (LMA) on Monday paid tribute to Liverpool manager Juergen Klopp naming him its manager of the year. The German 53-year-old picked up the award, named after former Manchester United manager Sir Alex Ferguson, after leading Liverpool to its first league title in 30 years.

"I'm absolutely delighted to be named the winner of the League Managers Association Manager of the Year Award for this wonderful Sir Alex Ferguson Trophy, named after a man that I admire so much," Juergen said when presented with his trophy, according to the LMA.

"It feels extra special to win this award because it is voted for by my fellow managers." Liverpool claimed the Premier League with seven games to spare, the earliest that the title has ever been won, having sat at the top from the second matchweek.