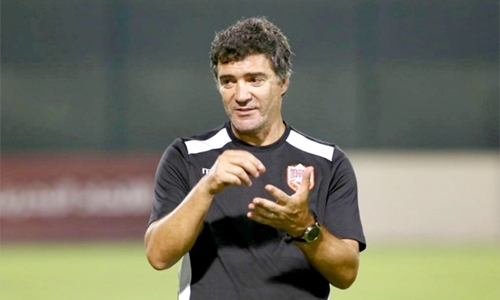 The postponement includes all matches originally scheduled to take place during the international window of March 23 to 31 and June 1 to 9. They will be put off to later dates that have yet to be decided. Bahrain have three games remaining in Group C of the jointqualifiers.

They were next set to face Cambodia on March 26, before playing Iran in Tehran on June 4 and then closing out this stage of qualifying against Hong Kong at home on June 9. Yesterday’s announcement, however, also stated that the scheduled matches could still go on as scheduled, under certain conditions and if approved by FIFA and the AFC.

“In order to support the member associations concerned, and provided that the safety of all individuals involved meets the required standards and that the member associations due to play each other mutually agree, the match(es) may still be played during the international windows of March or June 2020, but always subject to prior approval from both FIFA and the AFC,” it was stated on the FIFA website.

It added: “FIFA and the AFC will continue to assess the situation in relation to COVID-19 and will decide whether further changes to the schedule of Asian FIFA World Cup 2022 qualifiers are required, always with the aim of protecting the safety and health of all individuals involved.”

Sousa therefore preferred not to comment when the national team was contacted yesterday but said that he is closely monitoring the situation and will discuss with the Bahrain Football Association (BFA) on how best to move forward. Iraq are currently atop the Group C qualifying standings with 11 points.

They have a two-point lead over Bahrain. Iran are third with six points and have a game in hand, while Hong Kong were fourth on five points and Cambodia fifth with one. In this phase of the joint-qualifiers, there are eight groups in all, with five nations in each group. Teams play home and away matches.

At the end, the eight group winners and the four best runners-up advance to the third round of World Cup qualifying, and also book their berths in the Asian Cup. The next best 24 teams will compete in a separate competition for the remaining 12 slots in the Asian Cup.