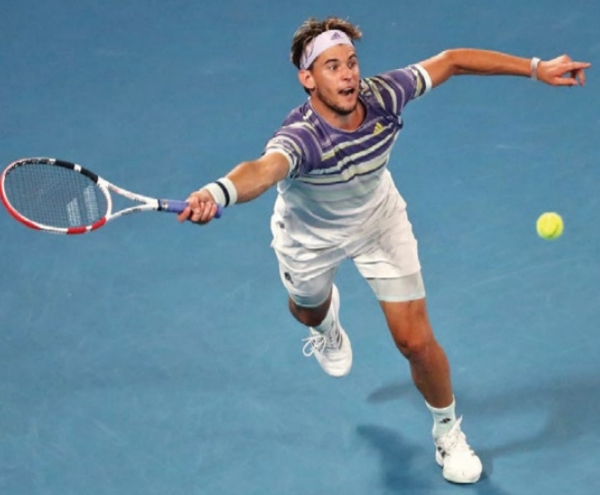 Thiem fights back to reach final

The 26-year-old fifth seed, the first player from Austria ever to reach the Melbourne decider, battled past seventh-ranked Zverev 3-6, 6-4, 7-6 (7/3), 7-6 (7/4) on a sweltering evening. Defending champion Djokovic awaits him after the second seed ended Roger Federer’s dreams in straight sets Thursday to make his eighth Melbourne Park final.

Thiem has his work cut out against the Serb who is on a 12-match unbeaten streak this season and has won all seven of the Australian Open deciders he has contested. And if Djokovic needs extra motivation, winning on Sunday will see him reclaim the world number one ranking after Rafael Nadal crashed to Thiem in the last eight. “It was an unreal match, two tie-breakers, so tough and so close. It was almost impossible to break him,” said Thiem. “Being in the Australian Open final is unreal.

What a start to the season for me.” Thiem had dealt with semi-final pressure before, although always on the slower red clay at Roland Garros, where he reached the past two finals only to be beaten by Nadal. That experience paid dividends as he coolly closed out the match after 3hrs 42 mins to give himself another chance to break the stranglehold of the Big Three and win his first Grand Slam. “I was playing four hours 10 against Rafa (in the quarter-finals), who is the most intense guy on tour, almost always so intense and long,” Thiem said.