Make way for Egypt, the squash superpower | THE DAILY TRIBUNE | KINGDOM OF BAHRAIN 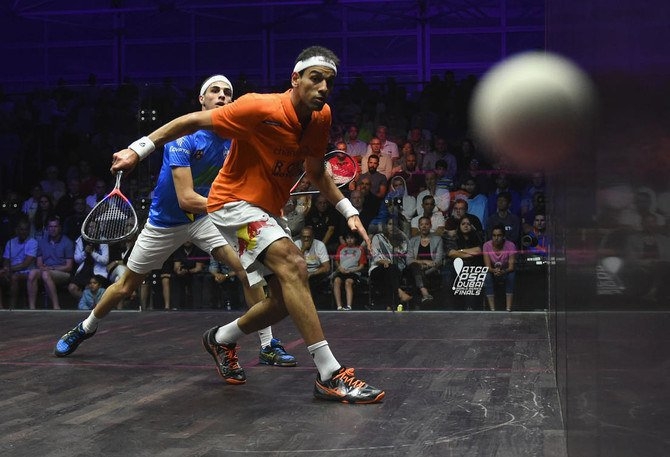 In 2019, Egypt won the Men’s World Team Squash Championship, the first time that one country monopolized all world titles — for men, women, juniors and teams — in one year.

So how did Egypt become such a squash superpower? It began with Abdel-Fattah Amr winning the British Open men’s title six consecutive times between 1933 and 1938.

Former President Hosni Mubarak was Egypt’s most famous nonprofessional squash player. Mubarak was a keen competitor and admirer of the sport who helped to promote it with government funding.

Amir Wagih, Egypt’s national team coach from 1994 to 2012, said: “He followed our achievements and showed great support for the players and the sport itself,” Wagih said.

Ahmed Barada is credited with attracting world attention to Egypt’s talent for the sport. Barada was the country’s first squash superstar. As well as being an excellent player, he had movie-star good looks — and was a film actor and pop singer.

While he never made it to world No. 1, he did reach No. 2, and his aggressive approach to the game might have pushed him to the top had he not been forced to retire early following a knife attack in 2000.

Barada’s success encouraged junior players to emulate him. “Everyone wanted to be like me,” Barada once said. “Those tournaments were on television, so people who’d never heard of squash were suddenly watching it. And there were 5,000 people in the stands.”

In 2003, Amr Shabana became Egypt’s squash world champion. The left-handed Shabana had the speed and the shots that would earn him the title three more times.

Since 2003, an Egyptian has won the men’s world championship 10 times. The girls’ junior national team have won the world championship seven years running. When Egypt’s men’s team crushed England 2-0 in December to win their fifth world title in Washington, DC, they equaled England’s record. Now Egypt is just three short of Australia, which has lifted the title eight times, followed by Pakistan with six titles.

Egypt has about 2,000 players aged five to 10, a deep reservoir of talent.

“We give all the players in all the age group categories the same attention,” president of the Egyptian Squash Association Assem Khalifa said. “It’s like a relay, in which each age group hands on to the following one, so we are never lacking in players. This way we can guarantee preserving the top spots in the world ranking.”

Squash is also a passport to a good education abroad, something many Egyptian parents aspire to for their children. There are, for example, four Egyptian players studying at Harvard.

And Egypt’s squash players are not in it for the fame. Forget Liverpool’s Egyptian ace Mohamed Salah. A third-rate footballer would be more recognizable on an Egyptian street than world No. 1 Ali Farag.