I have to be more clinical, says Chelsea star Pulisic | THE DAILY TRIBUNE | KINGDOM OF BAHRAIN 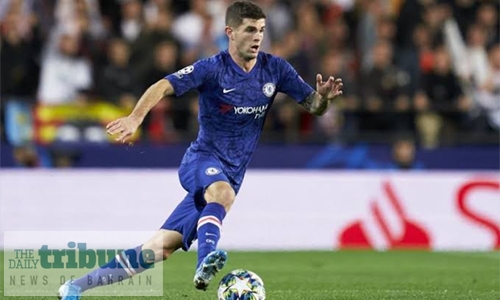 Christian Pulisic says he and his Chelsea teammates have to develop a killer instinct in front of goal if they are to stop dropping points as they did against Brighton on Wednesday.

The 21-year-old United States captain missed three gilt-edged chances in the 1-1 draw -- though ultimately it was not too costly in terms of the race for Champions League places as both Manchester United and Tottenham Hotspur lost. Fourth-placed Chelsea have a five-point advantage over United while Spurs and Wolverhampton Wanderers are a further point adrift.

However, Pulisic, who has scored five times in his first season with Chelsea since his £58 million transfer ($76 million) from Borussia Dortmund, says Chelsea must put right their lack of accuracy when chances pop up. “We said at half-time that we had the chance to kill the game and we just weren’t able to,” said Pulisic.

“We couldn’t get the goal and in the end they found an unbelievable goal. “So now it is about doing a bit more to keep going, attack and create chances and just have that killer instinct. Just a little bit of that, we are missing that.” Pulisic, who earlier in the season became the youngest Chelsea player to score a hattrick in the 4-2 win over Burnley, says he is as much to blame as the others.

“I can do better with that as well,” said the forward. “Just being more clinical in the final third, finding the right pass or shot and scoring the goals. That’s both mental and technical.”