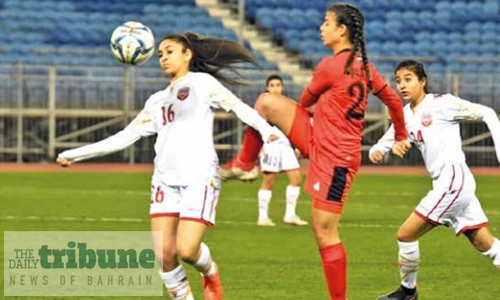 Bahrain defeated Palestine 2-0 yesterday in their final group game of the second West Asian Football Federation (WAFF) U18 Girls’ Championship, being played at Khalifa Sports City Stadium in Isa Town. Alanood Almannaei put the victors ahead while their second goal came on an own-goal from the Palestinians.

The result earned the Bahrainis first place on the Group B standings heading into the semi-finals. It was their second victory in as many outings and they now have six points atop their pool. The win followed their 4-1 triumph over Kuwait in their earlier game.

The Bahrainis now head into the final four, where they will face off with the runners-up from Group A, which features Lebanon, Jordan, the UAE and Iraq.