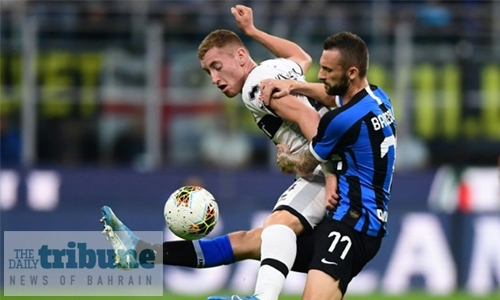 Promising Swedish teenager Dejan Kulusevski is poised on Thursday to complete a move to Juventus from Atalanta after undergoing his medical, the Serie A champions confirmed.

“The Swedish midfielder arrived at the medical centre located at the Allianz Stadium and began his tests,” the club said in a statement.

The 19-year-old has had a breakthrough season since going on loan from Atalanta to Parma in June, scoring four goals and setting up another seven in 17 games.

Maurizio Sarri’s Juve won the race to sign him ahead of Antonio Conte’s Inter Milan, who are trying to end their rivals’ run of eight straight Serie A titles.