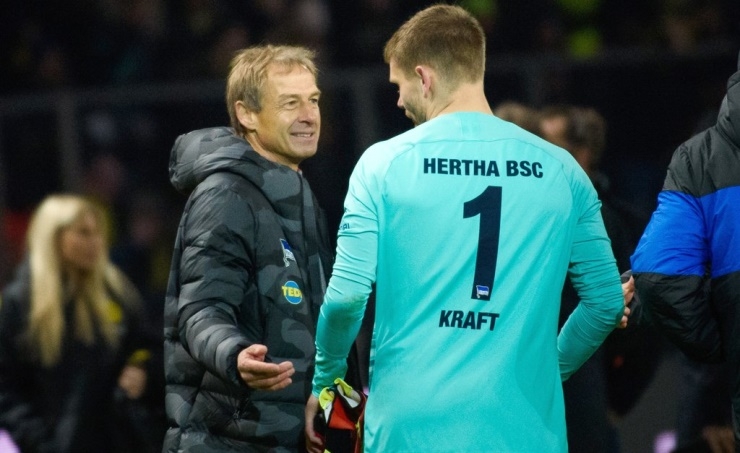 Juergen Klinsmann's debut on the Hertha Berlin bench turned sour on Saturday with Borussia Dortmund sealing a 2-1 away win in the Bundesliga while Bayern Munich lost for the first time under their interim coach.

RB Leipzig went top following a 3-2 win at bottom side Paderborn and now have a three-point advantage over Bayern.

Fortuna Dusseldorf levelled late on for a 1-1 draw in Hoffenheim and second-bottom Cologne also equalized in a 1-1 home draw with Augsburg as both sides were reduced to 10 men in the first half.

Fifth-placed Dortmund, whose bad run had led to speculation over coach Lucien Favre's future, raced into a 2-0 lead inside 17 minutes via Jadon Sancho and Thorgan Hazard.

Dortmund defender Hummels was dismissed on half-time for a second yellow card.

Klinsmann, who last managed the United States before being fired in 2016, was appointed Hertha coach until the end of the season on Wednesday following the sacking of Ante Covic.

Marcel Sabitzer blasted home a minute later and Yimo Werner made it 3-0 after 26 minutes. Streli Mamba and Klaus Gjasula netted for Paderborn in the second half.