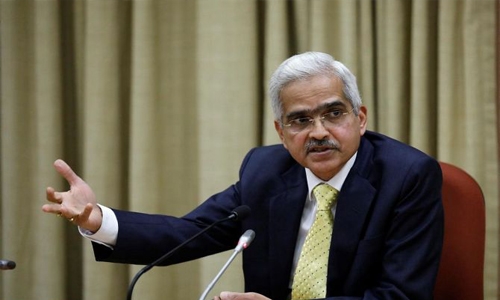 The Reserve Bank of India (RBI) kept interest rates at record lows on Friday and announced additional bond purchases to support the economic recovery, at risk of being derailed by a devastating second wave of Covid-19 infections.

The RBI held the repo rate, its key lending rate, at 4 per cent and kept the reverse repo rate, the borrowing rate, unchanged at 3.35 per cent as predicted in a Reuters poll.

RBI Governor Shaktikanta Das said all six members of the MPC voted in favour of keeping rates on hold and maintaining an accommodative monetary policy stance.

“The MPC was of the view that at this juncture policy support from all sides is required to gain the momentum of growth that was evident in the second half of 2021 and to nurture the recovery after it has taken root,” Das said.

Das also said RBI will buy 1.2 trillion rupees ($16.44 billion) worth of bonds in the September quarter on top of its current quantitative easing programme called G-SAP 1.0.

Indian financial markets showed little reaction to the announcement which had been widely expected.

But economists are increasingly pessimistic about the June quarter after a huge second wave of Covid-19 infections hit the country last month and led the RBI to announce interim measures.

“Their insistence on ignoring the inflationary build-up due to rising commodity and food prices is extremely intriguing and could pose financial stability risk at some stage,” said independent adviser and market expert Sandip Sabharwal.

“The economy can take (a) graded removal of liquidity but any successive liquidity and rate action when inflation spikes up rapidly in the data a few months from now will be more disruptive for the economy,” he added.

The central bank has slashed the repo rate by a total of 115 basis points (bps) since March 2020 to soften the blow from the pandemic.

The RBI in April committed to buying 1 trillion rupees worth of government bonds from the market between April and May in a quantitative easing program called G-SAP 1.0.

“We will continue to think and act out of the box, planning for the worst and hoping for the best,” Das said. “The need of the hour is not to be overwhelmed by the current situation but to collectively overcome it”.